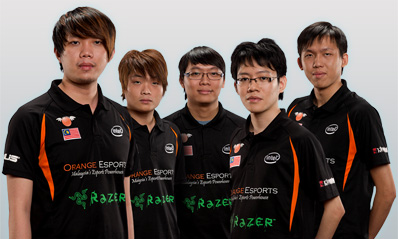 Created in 2011 and led by superstar Mushi, Orange Esports came to the Dota 2 scene just before the "Malaysia Invitational." With superstar YamateH in their ranks, Orange went on to win that tournament in convincing fashion. They've been on a roll ever since, attaining three first-place finishes and capturing third in "Gigabyte Dota Masters," the biggest Asian online tournament so far. Orange wants to show the West that they have the tools to win everything, and this year's International could be the perfect scenario for that.