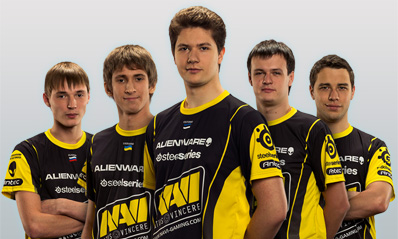 Natus Vincere (Na'Vi) was created in 2010 as an all-star Ukrainian Dota team. Having quickly risen to the top, the team was invited to last year's International, where they proceeded to win the tournament and its $1,000,000 prize. Since then, Na'Vi has been the most successful Dota 2 team - winning nine tournaments and being runners-up in three. The only change since last year's International was the replacement of former captain ArtStyle for Support Player ARS-ART, and moving Dendi to solo mid, where he has become one of the best players in the world.