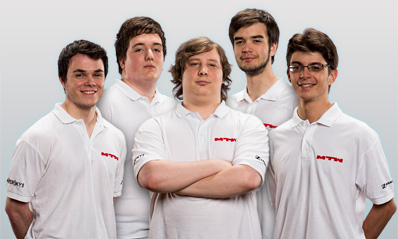 mTw arrived on the Dota 2 scene by acquiring "2011 DreamHack Winter" winner Wild Honey Badgers. The team struggled during the first part of 2012 and decided to merge with Western Wolves, creating the current incarnation of the team. This produced near immediate success, obtaining first place in GD's "Arena," "GosuGamer's GosuLeague Season II," and "DreamHack Summer 2012." Those achievements were capped by their first-place finish in "The International West Qualifiers" to get their ticket punched for this year's International.