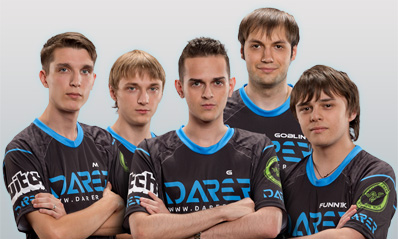 Another strong Ukrainian team, Darer wants to prove a lot in this year's International. ArtStyle, captain of last year's champions, created a new team with the help of the great Russian Carry, God, to achieve victory once again. While their playstyle borders the line between hyper-aggressive and suicidal, it's that same feature that gives them an edge whenever an opponent hesitates. ArtStyle, the drafting genius, is looking to surprise everyone in this year's International and the team's more than prepared for it.