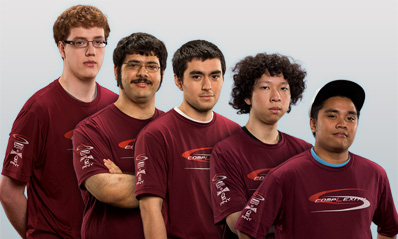 In late 2011, a mix of American and Canadian players surprised everyone in the Dota 2 scene. That team, called Fire, quickly ascended to the top level and stood on par with all the best teams. Such a success was noticed, and they were acquired in early February by Complexity Gaming. Since then, they've reached the podium in several tournaments such as "The Premier League" and "It's Gosu Monthly Madness II." Their meticulous approach to the game is the ace up their sleeve and the tool that can make them the surprise team in this year's International.