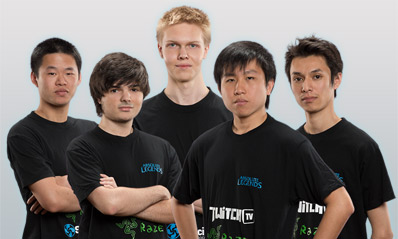 Australian favorite Absolute Legends rose to fame during last year's first "The Defense" tournament. Portrayed as underdogs, they defeated International champion Na'Vi twice in a row and quickly caught everybody's attention after attaining the highest honors in tournaments such as "It's Gosu Monthly Madness" and "AL Invitational." Along with the arrival of Canadian Carry bLeek, they traveled halfway around the world to participate in "DreamHack Summer" and will now be making their debut at the second International.